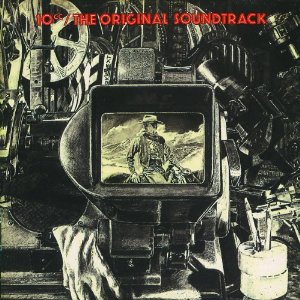 My favourite 10cc album - with "Second Sitting For The Last Supper" - an heavier track than you get with most 10cc fare.  What they were known for - fantastic 4 minute story telling is also featured here in the shape of one of the greatest British singles ever made - the classic "I'm Not In Love".  The mix of Eric Stewart, Kevin Godley, Lol Creme and Graham Gouldman was a foursome made in heaven and, whilst Stewart and Gouldman carried on the 10cc brand long after the other two went stage right (and had major hit success) the albums didn't meet this standard.  This, "How Dare You" and "Sheet Music" are full on albums and have to be heard in their entirety.  The later ones, Especially "Deceptive Bends" came close but were more patchy in my view.  The suite "One Night In Paris" is their Bohemian Rhapsody (before such a thing existed - maybe they paved the way) and they deserve recognition for producing a string of well written, fantastically produced and complete pop albums - which progressed with each new release.  Start with "Sheet Music" but get to this treat fast.

Mercury/PhonoGram
CD has two additional tracks
Posted by BoyRed at 23:17