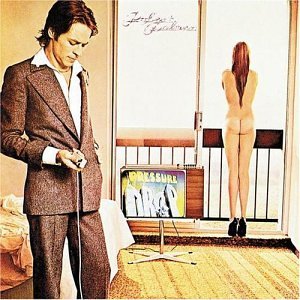 Here's Robert Palmer in early cool.  Another of his LP covers with some aspect of sex in it - this  would be a feature of his sets for Island.  This, his second, album continues on the same vein as "Sneakin'" and takes it a bit further.  The basic tracks were recorded around during the same period as that excellent first album.  Thi has the benefit of Gene Page arranged strings (known for his work with Barry White).  My favourites here are "Work To Make It Work"; Give Me An Inch"; "Back In My Arms" and; "Which Of Us Is The Fool?" engineered by Phill Brown and produced by Steve Smith.  Lowell George and Little Feat feature again. I came across this in a library in Camden along with an early Vinegar Joe album which of course featured RP and Elkie Brooks on vocals.  Highly recommended.  Give Me An Inch has been covered but never surpassed.
Posted by BoyRed at 22:00